Thirteen years ago, I was burned out... on music, on ministry, on life. As a campus worship pastor at Hope College, I'd been burning the candle at both ends for a long time. The flames were about to meet in the middle and consume what little life energy I had left. Thanks to a gracious boss and the kindness of God, I was granted a 6 month sabbatical. For the first time in years, I was able to unplug from the grid, read, nap, laugh, and travel... and to my delight, it took me to the "ends of the earth."

My sabbatical came to it's final apex in a small fishing village in Port McGee, Ireland. I had one day left before flying home to the states, and I had saved the most exciting event for last-- a visit to the Skelligs.

The Skelligs are two remote islands 8 miles off the coast of south western Ireland. The smaller of the two islands is one of the most inhabited bird sanctuaries in the world. The larger of the two islands, Skellig Michael, is nothing like I had ever seen, or will ever see again, save for heaven itself. It rises 715 feet above the Irish Sea, and at its spectacular summit are the remains of a Christian monastery from the sixth century.

I was so enchanted by the history of this place, I just couldn't wait to see it for myself. But to go there, the conditions had to be just right, and I had to find a fishing boat captain willing to take me. I only one day to make it happen. So, on my last evening in Ireland, I picked up the phone to schedule a transport.

The captain's name was Patrick. (go figure! :) In a thick Irish accent, Patrick delivered the sad news to me that the trip to the Skelligs the next morning was canceled due to bad weather. I was crushed. Before I went to bed that night, I got down on my knees and said: "God… I've waited so long and traveled so far for this. I know I'm just one man. And I know, that in order for this to work, You would literally have to alter the atmospheric conditions... just for me. I get that. But... could you do it anyway? It would mean a lot to me." And I climbed into bed and went to sleep.

Early the next morning, I called Patrick again. Same story. Wind, rain, turbulent waters. It was a no go. Deeply disappointed, I packed my bags and headed down the mountain to my rental car. As I was getting into the car to leave, the owner of the B&B where I had stayed the night before came bounding down the mountainside shouting, "They're going to the Skelligs! They're going to the Skelligs! Hurry! Hurry!"

I had no idea why Patrick had changed his mind so suddenly, and I didn't care. With a burst of adrenalin, I ran to the docks and jumped onto the old fishing boat just as it was pulling away from the dock. Along with 12 other passengers, I was handed a water proof rain suit and told to put it on. Within minutes, our little fishing boat was tossed around on angry waves. I wondered if we would make it there alive. I wondered, too, why we were making the trip in such terrible weather. But again... didn't care.

The trip out to sea was terrifying, with very little visibility. And then, about 40 minutes into the trip, a calm came over the waters, the clouds parted, the sun broke through, and there before me was the most miraculous and breathtaking scene. Baby Skellig was just a few hundred feet off of our port bow, and Skellig Michael was emerging from the mist in the distance. And for the next two hours, I explored this mystical paradise under a perfectly blue sky. As I did so, the words just kept rolling off my lips... over and over... "You are SO KIND.... You are SO KIND to me..."

On the way back to the mainland, I could barely contain my gratitude. As I remembered the silly little prayer that I had prayed the night before, asking God to altar the atmospheric conditions, I just started to sing. The roar of the boat engine felt like my orchestra, and the tumbling waves pounded out my backbeat, as I lifted a hymn of praise to heaven: "Oh Lord my God, when I in awesome wonder, consider all the worlds Thy hands have made..."

The next morning, in a hotel room in London, I pulled out my acoustic guitar, which had been my closest travel companion for the past six months. No sooner had I put my hand to the strings and a brand new song began to write itself, with absolutely no effort of my own. This same song, thirteen years later, is now the title cut of my new CD, "So Kind."

This experience at the Skelligs helped me to realize that God doesn't just love the whole world. He loves me, too. And I think He may even like me. And trust me... if He likes me, than He likes you, too. And even though He's got a lot going on up there, He's not too busy to listen to our silly little prayers, and give us beautiful glimpses of His kindness along the way.

"Oh You were so kind to answer my prayer, so good, so loving, so aware..." 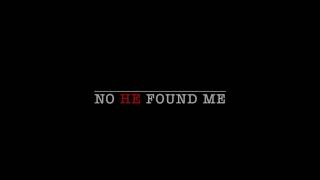 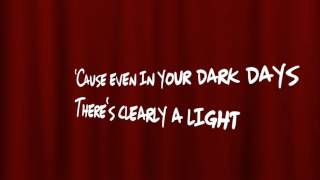